Dr.Mohammed Sultan and his team - Family Health Clinic, at the 2019 LVRC Awards. Winner Health & Professional Services Award
The Family Health Clinic Gatton have paved a history of success in the Lockyer Valley Business, Training and Apprenticeship Awards, and this year was no exception.
The doctors surgery impressed judged for a win in the Professional Health Services Category this year.
But it was the clinic’s patients that also valued the Gatton surgery, securing enough votes to land them a finalist position in the People’s Choice category.

Practice manager and 2018 Employee of the Year recipient, Ellisha Freeman, said People’s Choice was reassurance of positive public opinion.
“Given it’s a complete voting system for that award without self-nomination, it’s always reassuring to see the public agree with the standard of care we’re trying to provide,” Ms Freeman said.

She said Family Health Clinic’s success streak gave the team a chance to celebrate their hard work behind the scenes.
“There’s a lot of hard work and effort which goes in behind the scenes that isn’t always seen by the general public,” she said.
“We’ve had quite a few large milestones to get through this year.”
The practice may have appeared business as usual to patients but staff have spent the year adjusting to new methods and a new computer software system.
“They’re general huge hurdles in business,” she said.
“It’s really reassuring that we’ve maintained our standard of care even though we’ve had a lot of business growth and those adjustments which take up a huge amount of time in the background.”
In the days following the business awards, patients have approached staff members to congratulate the practice’s achievements.
“The testament would be from the amount of patients who have come in this week to congratulate us on the award and the work we do,” she said.
“They’re proud to be associated with the practice and they take it on board as a win for all of us, not just the business … They’re proud we’re their doctors and it’s really reassuring to see that.”

​The people have chosen Family Health Clinic once again - 2018

Having to sit for 10 minutes in the Family Health Clinic waiting room is never a dull experience. The quirky, unique and a "little bit out there” team know every patient by name and there's always a friendly face to chat with. It is part of the customer service that has helped the medical practice stand out from the crowd - and led to local success.

The Gatton clinic picked up three trophies at the Lockyer Valley Business, Training and Apprenticeship Awards this month.

Practice owner Dr.Mohammed Sultan said it was an honour to win the People's Choice Award again. "It's a measure of the services we provide in the community,” he said. "With an award like that, it says we're doing the right things towards the people in the community.”

Since entering the awards, the team has taken on feedback provided by the judges, which Ms Freeman said was invaluable to small businesses. 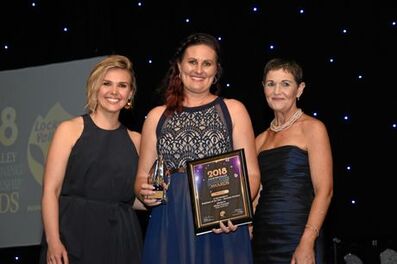 Following the 2017 awards, the Family Health Clinic team re-evaluated its branding, uniforms, logos and imagery - everything the customer sees from the outside. Their purple and green signature colour is splashed across Railway St and on billboards on Eastern Way.

"Small businesses in town don't always have the money to invest in professional feedback,” Ms Freeman said. "We were so busy doing what we were doing inside (the business) we weren't looking from the outside.”

Implementing branding changes has been a part of Ms Freeman's role for the past 12 months.  Her drive for community fundraisers, health awareness initiatives and bubbly front-desk personality resulted in earning the Employee of the Year accolade.

Ms Freeman was unaware she was nominated for the award and said she was "more than happy” to be a finalist. Winning Employee of the Year for Business Services, then overall Employee of the Year was "an even better bonus”.
"It was good to be recognised,” she said. "We do all work really hard as a team and I try and put a lot of my ideas into the business to make it a bit different.”

​Family Health Clinic is chosen by the people - 2016 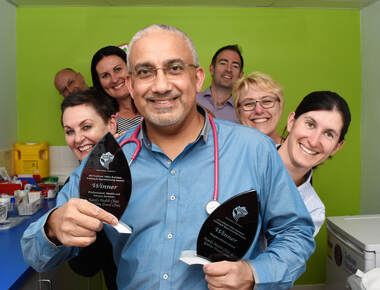 THE people have spoken, and said the Lockyer Valley's Family Health Clinic in Gatton is one of the top businesses in town.

Voted for by the community, the clinic was then subject to a number of mystery shopper acts to determine the winner for the Lockyer Valley Business Awards.
Practice owner, Mohummed Sultan said over the past 16 years, the clinic had established special relationships with the community.

"We are honoured and humbled to be finalists, but then to win both the People's Choice awards as well as the Professional, Health and Fitness Award was just amazing,” Dr Sultan said.

"It says that we must be doing something right.”

The clinic has been getting behind the local community, often holding fundraisers, including buy a bale, shave for a cure and pink ribbon day.
Dr Sultan said the awards wouldn't be possible without the entire team at the centre.

"We look forward to continue providing the professional health care you've enjoyed, with the professional touch you've become accustomed to,” Dr Sultan said.
THE people have spoken, and said the Lockyer Valley's Family Health Clinic in Gatton is one of the top businesses in town.

We had a fantastic evening on Saturday, 22 October 2016 at the 2016 Lockyer Valley Business Awards.
Our Gatton Clinic was a finalist in two categories - The People's Choice Award and The Professional, Health & Fitness Award category. Amazingly we won both categories .
Thank you to the Lockyer Valley Regional Council for acknowledging the contribution my Clinic makes to the Lockyer community.
Thank you to all our patients for your ongoing support over the past many years. Look forward to continue providing you with the personal  professional healthcare you've enjoyed.
Also thank you to my entire team, the Doctors, Nurses, Staff & Allied Health Professionals for helping make this possible.
Special thanks to my practice manager Ellisha Freeman and to Leanne Ramsay".
Dr Mohammed I Sultan 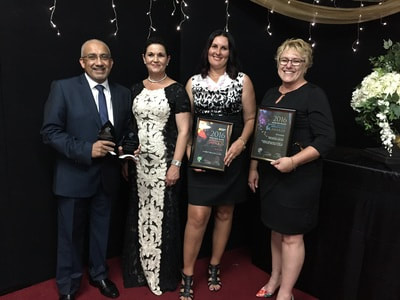 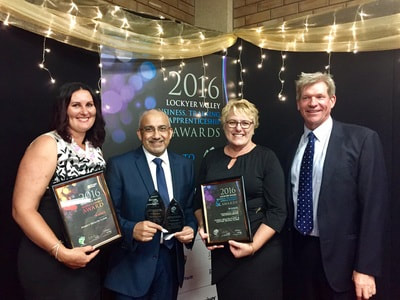 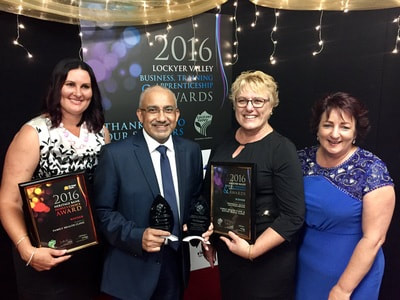 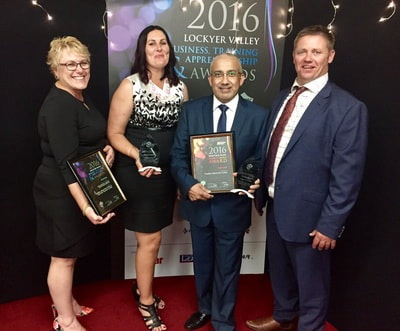 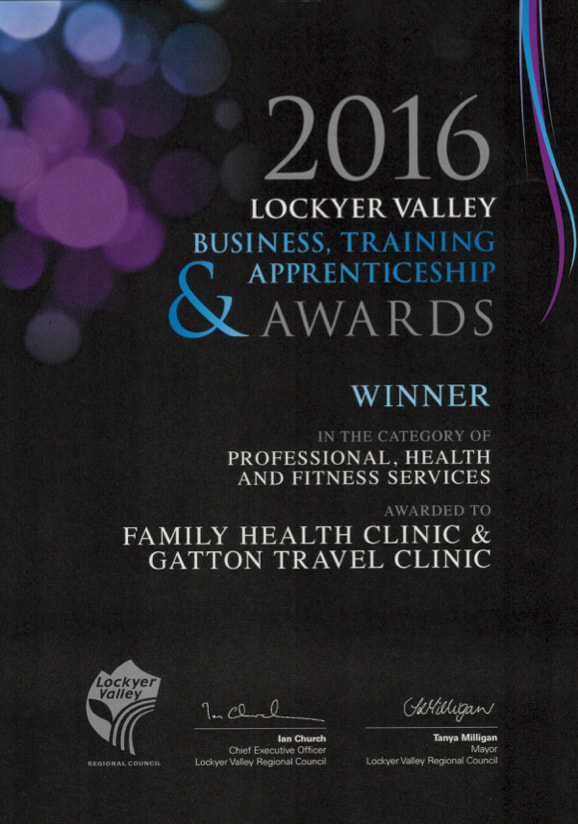